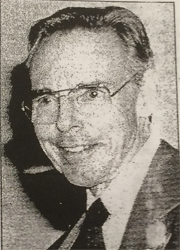 Robert Allyn was the driving force of Allyn Oil Company, a family owned Freeport business since 1944. Robert Allyn and his mother Doris Allyn built Allyn oil to be one of the premier Service Companies on Long Island.

Born in Jamaica, Queens, Allyn graduated from Brooklyn Technical School, Fort Greene in 1941. Allyn began his career at Grumman Aircraft in Bethpage where he worked his way up to become a pre-flight inspector. He was proud of his work there and the technical and troubleshooting skills he was able to learn. Eventually, Robert left to expand his family’s two truck kerosene business into an oil delivery, service, and installation company.

Robert Allyn was an extremely charitable man to his customers, employees, and the community. In 1960 Robert established the Freeport Fulfillment Fund, a non for profit charitable organization that provided a facility for senior citizens to socialize. It was eventually turned over to the Salvation Army and is still, as of today, running out of their Freeport branch and helps dozens of senior citizens every day.

Robert Allyn believed that getting and maintaining customers came from providing expert service and superior customer service. You will never consistently be the lowest oil price, but you can consistently give expert service in a timely manner, with caring servicemen.

Employees and customers agree that dealing with this man was like dealing with family. “He treated everyone with respect and as an equal” said President and now owner, Raymond Petroro.

Raymond Petroro has worked with the company since 1969. Raymond worked his way through the entire company. Working as a helper, oil driver, installer, service technician, service & oil manager, vice president, president and was personally handpicked by Mr. Allyn to take over the company. Raymond has been in management since 1988 but has been part owner since June 2001, and sole owner shortly after Mr. Allyn’s death in 2009. With his son Thomas, “Acting Service Manager” who has been with the company since 1989, Raymond plans on continuing to run this family owned business with all of Robert Allyn’s philosophy into the future. 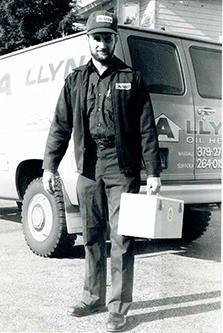 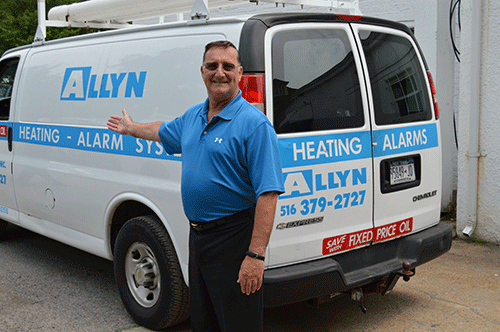